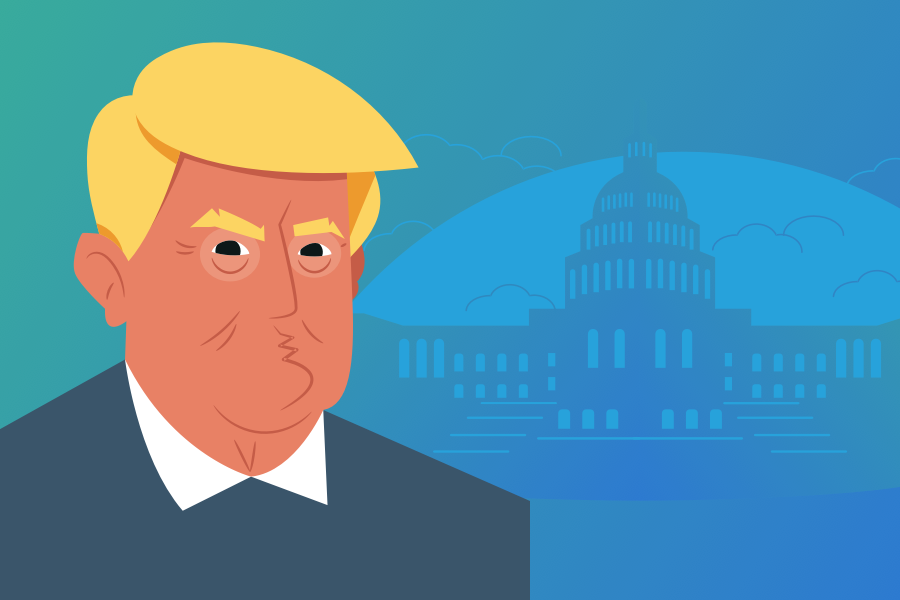 As a president, your job is to make the country better and more united than separated. Here as a country, we have a President by the name of Donald Trump, a former reality star and real-estate tycoon. So far, his way, of being president was gone wrong there for he has come to a terrible leader and as far as I’m concerned it will only become worse.

After only four months of being in office, he promised his trump supports that he would fix everything that former President Obama hadn’t settled in his own opinion. He said that he would make America great again, which generally meant dividing America and he has continued doing just that since.  He’s not going to unite all Americans, and he isn’t going to thoroughly replace Obamacare with something better. We, Americans, have become a laughing stock and a problematic nation under the care of Mr. Trump.

Is Trump good or bad?

All the things Trump has done wrong so far show that he is not a qualified president and a strong leader he claims to be. However, even if he does believe in everything that he promised Americans and his supporters, it WILL eventually show that he doesn’t have any political background one needs to govern a nation. Trump had also ignored some important leadership lessons left from the former President Ronald Reagan. His troll-like supporters have continued to have this ungrounded belief that he alone would be able to transform the system through his agenda in the State of Washington. A good example of all things Trump has done wrong is when he continuously mocked John McCain who is now deceased, along with Marco Rubio, Ted Cruz and Mitt Romney.

Those who were republicans had degraded themselves among those who were following in the footsteps of those of the same political party, and unfortunately, his supporters applauded it in support. Trump fans still believe that he will take over the Republican Party and will be a strong competitor as well as offer a decent replace to Obama care that would generally, cover individuals with low income. They do believe and have the understanding that Trump would be able to protect their jobs and their Medicare as well as have the time to separate the rightful owners of this precious land.

However, I believe that his actions will only cause a collapse. His medical reforms would potentially drive at least 24 million individuals off their health insurance, and their premiums as well making them spend out of pockets which is more damaging. Unfortunately, it’s hard to understand such a decision that it’s been a year since the reality star with a gage of scandal had taken the oath of being a president and decided to mouth these lines of being untruthful. “I will fight for you, with every puff in my body.”

He always says the words like “forgotten men and women of our beloved country will be forgotten no longer.” As of recently, women and children have been separated due to the fact they are not American citizens. It makes me sad to think he had no hard feelings separating young children from their crying mothers. Anyway, you can name all the doubtful actions of our president for a really long time. My point is that a person, whose controversial words and actions make the whole world laugh, cannot and should not be a president of the greatest country in the world.

This essay is written by the student of the Valencia College in Orlando, Florida

Get Your Own Unique Essay!
Check out our reviews of the top writing services: WowEssays Review, WePapers Review, PaperHelp Review and MyAdmissionsEssay Review
← Gun Control in America – What Should Be Done?
Have Swipe Left or Right Dating Apps Killed Romance? →
Oh-dear!
Sorry, the access for this country is denied.