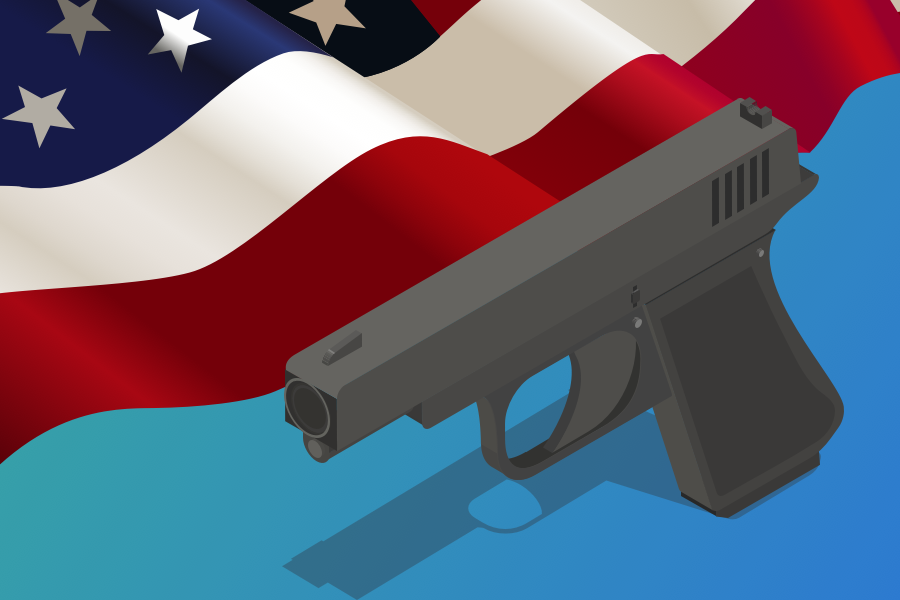 There has been about 334 mass shootings in 2018 alone. In 2017, there were nearly 40,000 people who were killed by guns. That number is the highest it’s been since 1968. This nation’s government has watched shooting after shooting, but still, nothing changes. The United States has to tighten its gun laws and protect its people. Enough is enough. So, here are my arguments for gun control in America.

On February 14th, 2018, Nikolas Cruz killed 17 people. Nikolas showed many signs of mental illness, yet was still able to buy an AR-15-style semi-automatic rifle. He was also showing signs of becoming a school shooter, yet over 30 people waited until after the attack to come forward with the disturbing things he was doing. According to the South Florida Sun Sentinel, “More than 30 people knew about disturbing behavior by Nikolas Cruz, including displaying guns, threatening to murder his mother and killing animals,”. There was even a tip to the FBI that went completely untouched. No one did anything to prevent this tragedy. The signs were there, the FBI was notified, yet nothing was done.

In the Parkland tragedy, like many around the United States, it could have been avoided. In Florida, buying a gun is easy. To buy a gun, you don’t need a permit or gun license. While there is a demographic background check done, that won’t tell you what you need to know. In Cruz’s case, he legally obtained a gun with a background check because he had no criminal record. Meanwhile anyone who actually did their research could easily see that he was not fit to purchase a firearm. We should require permits, licenses and extensive background checks on anyone who wants to purchase a firearm.

People with mental illnesses should never be able to purchase any kind of firearm. During Obama’s presidency, he passed a new regulation that would block the sale of firearms to people who have certain mental illnesses. Last year in February, Trump repealed that regulation. According to the NCSL Florida Gun Laws :

The Department of Agriculture and Consumer Services shall issue a license to carry concealed weapons or concealed firearms if the applicant:

Has not been committed to a mental institution, under chapter 394 or similar laws of any other state.

That means that as long as a person hasn’t been committed to a mental institution, they can still conceal carry a firearm. Anyone who is mentally ill, regardless of if they’ve been to an institution, should not be allowed to purchase or conceal carry a gun. There are also only 16 states that ban carrying a concealed weapon on a college campus, Florida is one of them.

Pros of gun control have been a major debate of 2018. There have been nationwide school walkouts, marches, and protests to fight for gun control. This year, congress was forced to listen to the students of America. Sadly, students are the ones who are faced with the very real fear of school shooters every day. Some congressmen and women haven’t been in a school for over 30 years. They don’t know the fear of someone coming into your classroom during a lockdown. The fear you get when you’re told to evacuate the building because there's been a threat to the schools safety. The fear is real, and something has to change. So I believe that gun control is good. Our kids are the future, enough is enough.

Get Your Own Unique Essay!
Check out our reviews of the top writing services: Wow Essays Review, We Papers Review, Paper Help Review and My Admissions Essay Review
Why Donald Trump Is Bad for America →
Oh-dear!
Sorry, the access for this country is denied.